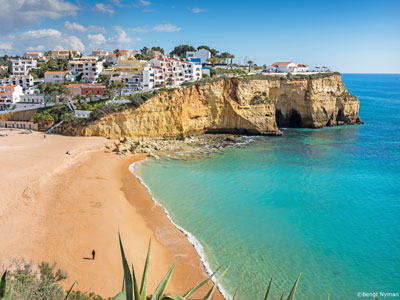 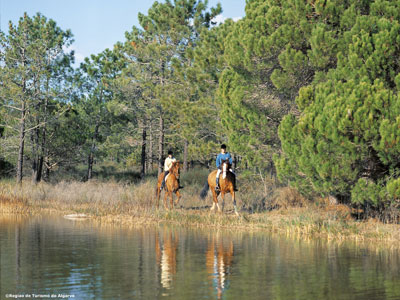 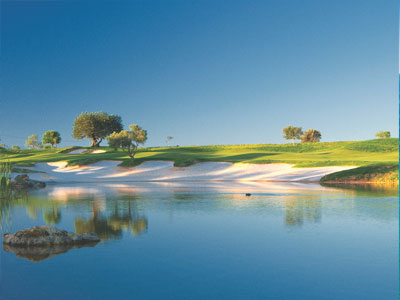 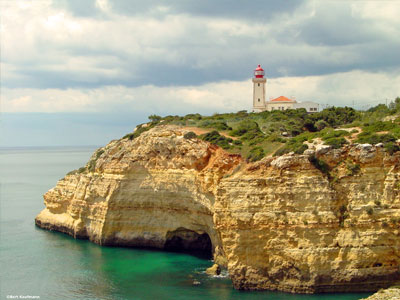 Carvoeiro was a small, traditional fishing village that survived on tuna catches however, not surprisingly given its idyllic location on the Atlantic coastline, it has become an incredibly popular resort and has developed accordingly to keep pace.

Carvoeiro is well placed in central Algarve, being close to an International School, Faro airport, public and private hospitals, and also a motorway network connecting the Algarve to the rest of Portugal and Spain. There are various supermarkets catering to all tastes and diets plus local markets offering fresh local products.

Whilst infrastructure is important, so too is lifestyle and in the Algarve you can enjoy whatever pace of life you prefer. The region offers year-round cultural events, an international racetrack, major golfing tournaments and much more for visitors and residents alike. With many of the Algarve’s beaches winning the Blue Flag the coast is an important asset for residents and a major tourist attraction.

Carvoeiro has a vibrant, year-round international community living in the town and its environs. For those enjoying sports there are two tennis clubs, various golf courses a short drive away (two on the edge of the town), cycling routes, two diving centres, dance groups, various gyms and centres to enjoy yoga, tai chi etc plus great local areas for bird watching and the opportunity to enjoy walking trails. For those who prefer less energetic activities there are local choirs, amateur dramatic groups, bands and much more to keep you busy.

One thing you will not be short of in Carvoeiro is somewhere to eat and drink. There is a wide selection of bars, restaurants and cafés all within easy walking distance of the centre offering a choice of different cuisines.

There are plenty of shops in the town for your everyday needs and various supermarkets close by. With shopping malls in Portimão to the west and Algarve Shopping in Guia (near Albufeira) to the east, shoppers will find all their favourite stores close by.  With plenty of seats in the sun, restaurants and cafés and a multi-screen cinema located in Algarve Shopping, the late-night shopping means you can work or relax throughout the day.

The region historically suffered from frequent pirate and military assaults. One such battle occurred in 1544 when a fleet of ships, commanded by D. Pedro da Cunha, fought the Turkish Barbary Coast pirate, Xarramet. From historical records, the earliest settlement at this spot was called Caboiere, dating to the Islamic-medieval period, an old name for a hamlet of fishermen.

To the east of the town overlooking the beach is the site of a fortress called Forte de Nossa Senhora de Encarnação. The fortress was ordered to be built in 1670 as part of the coastal defences of the Algarve, alongside the hermitage chapel dedicated to Our Lady of Incarnation. It was significantly damaged during the earthquake of 1755 with the chapel being completely ruined. The reconstruction of the fort began in 1796 however, in 1840, both the fortress and chapel were considered in a state of ruin with the fortress being deactivated in 1861. It began to serve as a fiscal outpost after 1870 having been commandeered by the Guarda Fiscal (a military force with duties related to customs and taxation). The chapel was restored in 1942 and again in 1965. The original church bell can still be seen at the front of the building which continues to serve the local community celebrating Mass.

Algar Seco, a few hundred metres to the east of the chapel and beach just along the boardwalk, is a popular place to visit where the sea has carved out a labyrinth of sculptures, grottoes and water-spouts and is great for spotting marine life. In 2011, local fishermen sighted a blue whale and occasionally dolphins can be seen exploring the coastline, often trailing boats for fun.

The lighthouse, Farol de Alfazina, is situated at the edge of the village to the east and is open on Wednesdays between 2pm and 5pm. It is situated along the Seven Hanging Valleys trail and has free parking. Offering superb views out to sea and along the coastline, the lighthouse is close to an algar (pit cave) and many birds, including birds of prey, can be seen in the vicinity. The lighthouse opened in 1920 and was connected to mains electricity in 1981, becoming fully automated later that year. The current range of the lighthouse is approximately 45kms.