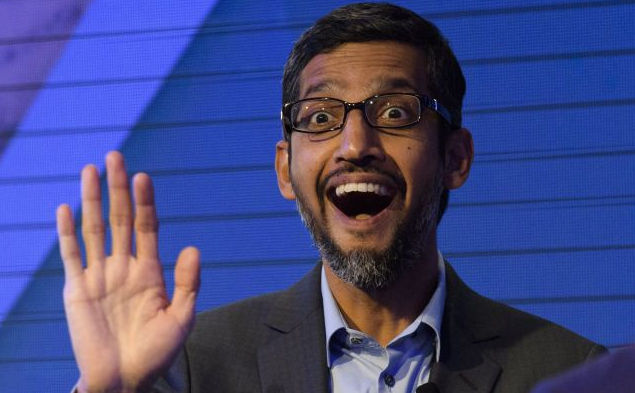 Portugal’s prime minister this week announced that US-based multinational Google is from June to set up a new service centre and technology hub for Europe, the Middle East and Africa in Oeiras, outside Lisbon, initially with 500 jobs for highly qualified people.

António Costa made the announcement at the annual meeting of the World Economic Forum in Davos, Switzerland, during a session titled ‘Why Portugal, why now?’ that was also attended by the country’s minister of economy, Manuel Caldeira Cabral, and the minister of finance, Mário Centeno.
The prime minister mentioned the Google project in his speech, which opened the session and which aimed to presenting Portugal to foreign investors as a competitive country, above all for technology start-ups and other tech investments.
“Among many investments in prospect I highlight one: Portugal will shortly receive an investment by Google, which will start right away with the creation of 500 highly qualified jobs, above all in the field of engineering,” he told his audience.
A Portuguese government official told Lusa News Agency that Portugal had attracted the Google investment in the fact of “very strong international competition”.
In his speech, the prime minister said that Portugal offers the competitive advantages of a country whose citizens have a talent for foreign languages, which has a good academic training in the field of engineering, and which “invests strongly in education”.
Companies that invest in the country “also know that Portugal is a gateway to different continents”, Costa said, in a reference to the country’s long history of global trade and contacts.
The prime minister also told the predominately non-Portuguese gathering, which included many investors and journalists, that Portugal “has policies [that are] attractive for technological investments and is accelerating the application of European [Union] structural funds.”
According to Costa, major companies such as Siemens and Bosch that have been in Portugal for many years are now beefing up their investments in the country.
Earlier, in interviews and comments to journalists, the prime minister sought to stress Portugal’s progress in reducing its public-sector budget deficit and debt. He also mentioned the early repayment of part of the loan granted by the International Monetary Fund in 2011 as part of a euro-zone bailout, and the consequent upgrades of Portugal’s sovereign debt by international credit rating agencies.