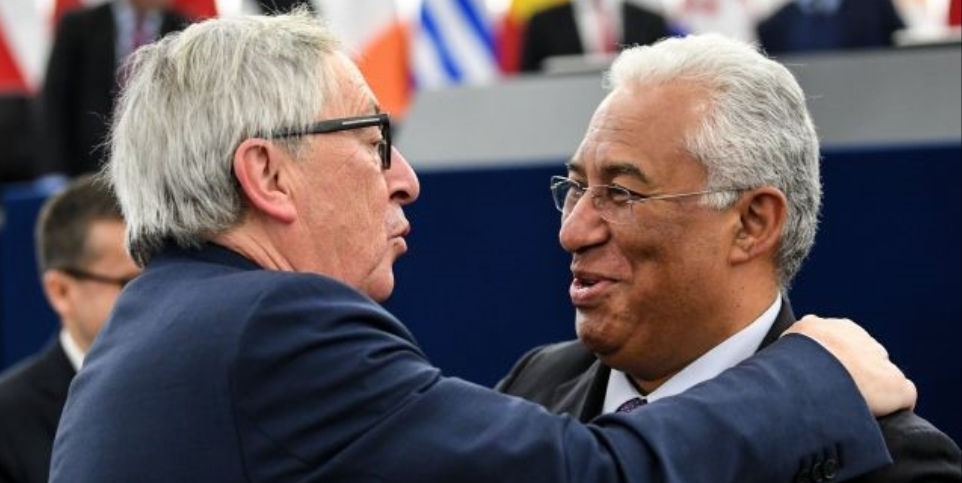 The president of the European Commission, Jean-Claude Juncker, has this week praised Portugal for the “beautiful collective performance” that allowed the country to overcome the crisis and arrive today at an economic situation few believed possible some years ago.

Speaking directly after the Portuguese prime minister, António Costa, at a debate in the European parliament in Strasbourg about the future of the European Union, Mr Junker again spoke of his passion for Portugal, a country that was “hit hard by the crisis”, so he was particularly happy to see the current economic situation.

“Portugal left the Excessive Deficit procedure last year and just last week the Commission concluded that the imbalances were no longer excessive. Who would have believed this a few years ago?” he asked.

The EC president stressed that “the truth is that this progress demanded painful years of considerable effort from the Portuguese that other Europeans do not properly appreciate”.

António Costa is the third European leader to participate in a cycle of debates organised by the European parliament about the future of the EU, after the prime ministers of Ireland and Croatia and before the French president, Emmanuel Macron, who is to be the guest of honour in April.