The inflow of funds into Portugal attracted by the country’s ‘golden visa’ fast-track residency programme for big foreign investors rose 87.5 percent last year to €874 million, according to figures released by the SEF Immigration Office. 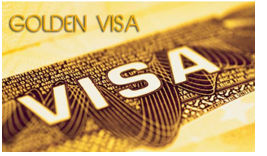 Total investment under the Residence Authorisations for Investment activity (ARI), as the scheme is officially known, was just over 875 million euros against a figure of 466 million euros in 2015.
Overall, 1,414 ‘golden visas’ were issued under the programme.

In December alone, 87 million euros came into the country, up 83.8 percent from the November total of €47 million and up 47 percent from December 2015.

In December, 141 residence permits were issued, 131 of them for property purchases and 10 for capital transfers.

Of the property purchases, four were for urban renovation projects - which have a lower threshold of €250,000 - bringing the 2016 total to nine.

The first such permit was issued in July and the other four in October, after new rules came into effect in September 2015 offering special deals for urban rehabilitation and investment in science.

In cumulative terms, since the ‘golden visa’ scheme was launched on 8 October 2012, total investment to December is 2.567 billion euros, of which 2.316 billion euros is for property purchases and 251 million euros for capital transfers.

China is by far the country with the most citizens to have secured permits under the scheme, with 3,050 so far, followed by Brazil with 247, Russia with 148, South Africa with 137 and Lebanon with 72.

In 2015, investment under the golden visa scheme slumped to about half the level of 2014, after a criminal investigation into suspected fraud in its administration prompted a crackdown and the programme’s suspension for several months.