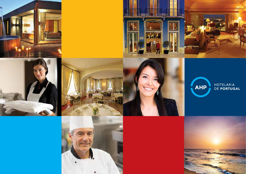 Large scale events in Portugal have helped to increase hotel occupancy rates across the country while encouraging new visitors to discover the country.

According to a report by the Portuguese news agency Lusa, data from November 2016, shows a direct correlation between events and occupancy levels.

Several events, including Web Summit in Lisbon, in November 2016 led to a rise in hotel occupancy rates and revenues, according to the AHP Tourism Monitor, released to the press.

“The highlights were (…) events that had a string impact on tourist destinations,” said the chief executive of AHP, Cristina Siza Vieira, specifically mentioning in Lisbon the international tech event Web Summit, the Hotel Association of Portugal (AHP), healthcare related events in Coimbra and a marathon and the visit by the King of Spain in Porto.

According to a monthly survey by AHP, November had “excellent performance and maintained the two-figure growth rate in some indicators,” compared with the same month of 2015.

In the capital, the average price per occupied room was over €94.

A concerted effort to increase the number of major events in Portugal has not only helped to boost the tourism industry it has also helped to bring new visitors to the country who may not otherwise have chosen Portugal as a destination.

While the majority of the events were held in the major cities of the country, a drip down effect it expected from this with many of the visitors stating that they would return in the future for holidays not connected to any event.