According to latest figures from the SEF Immigration Office, more than 4,000 golden visas have been issued to foreigners since the programme’s creation in October 2012. 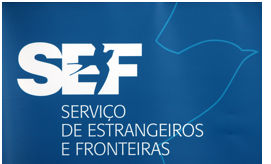 SEF said the overwhelming majority of these visas were handed to Chinese nationals in return for making substantial cash or real estate investments in the country.

Brazilians were in a distant second to Chinese on the list, with Russians in third, followed closely by South African nationals.

In total, the Golden Visa programme has seen around 2.5 billion euros enter the country, mostly through the purchase of real estate.