Tourism levels in the Algarve predicted to double

The Algarve region continues to surpass expectations and beat records in relation to tourism and this trend is set to continue according to the Association of Hotels and Tourism businesses of the Algarve (AHETA) with numbers predicted to double during 2017. 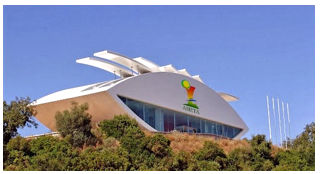 AHETA has stated that they believe, based on current bookings on trends, that hotel occupancy rates in 2017 will be up by some 3.1%, while there is expected to be a 6.1% increase in turnover and a 3% increase in prices.

Thanks to the results of Algarve tourism in 2016 surpassing all expectations, hoteliers are this year expecting an average annual occupancy of 65% and profit levels similar to those seen in 2001.

AHETA president Elidérico Viegas explained: "In 2016 there was much higher growth than expected, more or less double the levels we predicted,"

In a statement, AHETA explained that British tourists continue to have the greater presence in the region and have even increased by 14.7%, however while these numbers are impressive it is tourists from other markets that are seen as being key to making the next leap in occupancy levels.

It is seen as vitally important to continue to encourage tourists from new countries, especially at a time when domestic tourism fell by some 9.5% and tourists from Spain fell by 10.4%.

According to AHETA, in 2016 the Algarve received around 3.9 million tourists in various official tourism accommodation but the number rises to 6.8 million tourists when taking into account all the visitors who stayed in second homes or with family and friends in the region.

The increases within the tourism industry are seen as being a very positive indicator for the economy of the region as a whole and Elidérico Viegas stated that it is time to act on this momentum to consolidate the work already done.

"It is necessary for us to continue to focus on strategies for promoting tourism in a smarter way, to avoid remaining institutional in our approach to marketing the region to new tourists.”

While the region continues to grow and bring in high levels of revenue through tourism, Elidérico Viegas noted that there was a need for the government to support several projects to help encourage further growth, including the need for a central hospital and a high performance centre for athletes in the Algarve.