Portugal has long been a haven for British, German, Irish and Dutch retirees looking to enjoy the mild weather and friendly atmosphere but now an increasing number of Swedish retirees are looking to Portugal and the Algarve.

There has been a long tradition of Swedish retirees choosing Spain to retire too and according to Business Insider, there 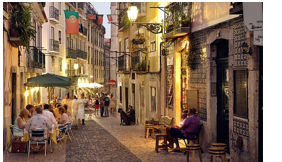 are almost 100,000 Swedish residents in Spain, but now Portugal is increasingly becoming a popular option and it is not just for the weather, some very attractive tax incentives are also drawing new residents from the north of Europe.

According to a survey by Swedes Abroad, the number of Swedish residents in Portugal has almost tripled between 2011 and 2014 up to 3,500 residents, although the real number is thought to be much higher as many hundreds of retirees have chosen to relocate to the country since the last data was published.

It is believed that the growing number of Swedish retirees choosing Portugal is largely due to the tax free retirement income policy currently in place in Portugal.  This policy enables expat retirees living in the country to collect their pension without paying any taxes for up to five years; and then move back home if they choose to.

The tax incentive was introduced by the Portuguese government amid the depth of the economic recession as a means to attract more expats with spending power and is also available to retirees from other countries.

There are numerous tax incentives in place in Portugal to attract foreign investment and the Algarve has been found to be a destination where retirees really can make their pensions go further thanks to the relatively low cost of living and reasonably priced accommodation options.

If you would like to know more about the tax incentives available for property owners in Portugal, please contact our team directly for further information.