Priority for Brexit is agreeing status for emigrants in UK 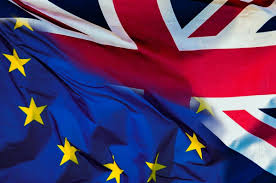 Portugal's minister of foreign affairs has said that the country's priority in talks with the UK on the terms of its leaving the European Union are to defend the rights of EU citizens resident in the country after Brexit, although it trusts that a “special relationship” will subsist between the two sides in future.

Priority for Brexit is agreeing status for emigrants in UK

Speaking in Brasília during a visit to Brazil, Augusto Santos Silva said that the situation of the rights of EU citizens in the UK “is the first question to be negotiated and to be agreed on” between the parties in the context of the UK's departure from the EU.

“The rights of those who are currently residents must be safeguarded and we must find some scheme that favours circulation [of EU citizens] once the UK leaves," he said.

If that happens, the current “lack of security of these people will reduce and they will feel safer and more tranquil," the minister said, adding that the announcement of Brexit created a great deal of uncertainty because “it's a new experience in the European Union”, which “had been a space that was always being enlarged."

As for the economic impact of Brexit, "we can't yet assess it in a totally reliable way".

For Portugal, he said, the solution is simple: “Europeans who are resident [in the UK] at the time of the actual departure of the United Kingdom have their rights safeguarded. In relation to new emigrants to the United Kingdom they will be subject to new conditions.”

For tourists, he added, there should be no problems in future, with visa-free travel on both sides.

Portugal's government has, he recalled, reminded its citizens in the UK that anyone who has lived in an EU country, including the UK, for more than five years may request permanent residence. However, he acknowledged that candidates “are facing excessive bureaucracy” that is causing concern in the Portuguese community and about which the government has complained to the UK Foreign Office.

After safeguarding the rights of emigrants, the minister continued, the two sides should "clarify the economic relation between the United Kingdom and Europe", with "a special accord" likely given that the UK has said that "it doesn't want [to stay in] the single market".

“Our interest is in reaching a mutually advantageous agreement ... that maintains British participation in Europe's defence and security architecture and that finds a special relationship on the economic level similar to what Norway has, if the United Kingdom wishes, or some other specific one," Santos Silva said. “The United Kingdom has to be a special economic and trade partner of the European Union" and the negotiations will aim for that.

Earlier, in a meeting with his Brazilian counterpart, Aloysio Nunes, the Portuguese minister discussed bilateral relations and plans to stage the official commemorations of Portugal Day in Brazil, this June, with Portugal's president and prime minister present.

Article published by The Portugal News