The Algarve looks good on you 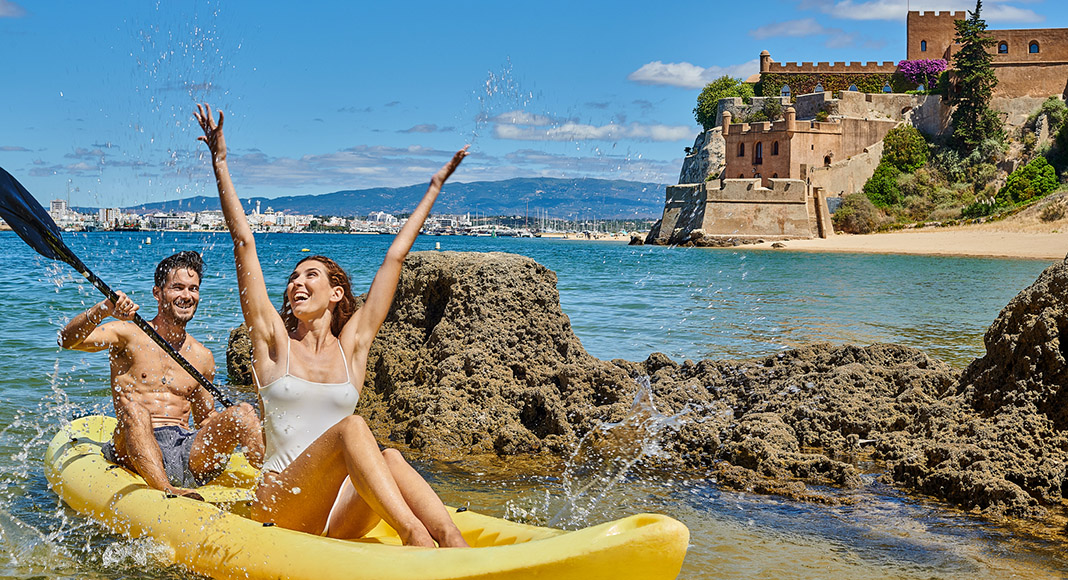 A new campaign has been launched by the Algarve tourism board  to encourage national and international tourists to choose the region as this year’s summer holiday destination.

Entitled “O Algarve fica-te bem” (“The Algarve looks good on you”), the latest campaign aims to encourage not only national tourists, but also foreigners, to enjoy their summer 2020 holidays in the region, reinforcing the trust in the Algarve brand and therefore the notoriety of the country’s main tourist destination”, says a press release from the Algarve tourism board (RTA).

The campaign is centred around a film, which features the couple behind the Instagram account ‘Explorerssaurus’, known for their travel publications and who met and fell in love in the Algarve.

Featuring picturesque towns such as Ferragudo, long sandy beaches and pristine waters in the Ria Formosa natural park, inland waterfalls and other hidden gems, the campaign focuses on “unique experiences in exceptional places spread across the region”.

“We want to believe that everything that happened in the last few months was just a break, na interval in our lives, and that after this we will once again discover how the Algarve looks good on us,” says the president of the RTA, João Fernandes.

He continues: “It is that invitation we are making to Portuguese and foreign tourists through social media, that they visit – or revisit – the region, that they explore and enjoy the vast offering of this destination, with options that range from the sun and sea to nature and sailing, from culture to food and wine, without forgetting the fantastic hospitality offering.”

The campaign is being widely shared in Portugal itself, as well as in key tourism markets such as the UK, Germany, Ireland, the Netherlands, France and Spain. Described as “one of the largest social media advertising campaigns ever by the RTA”, the promotional video itself will be shared this week on social media channels such as Facebook, Instagram and YouTube.