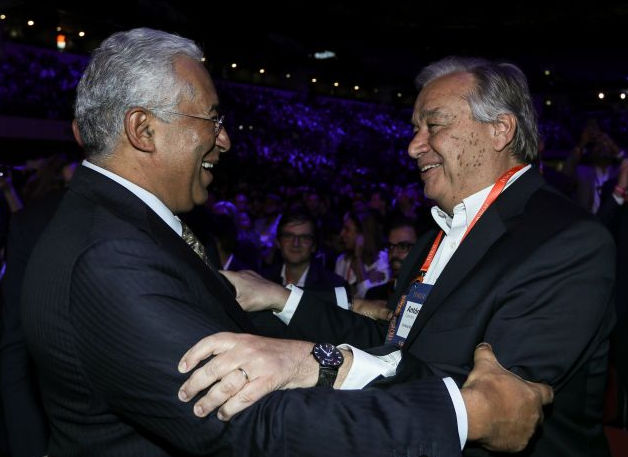 Portugal has once again recorded a series of positive economic results in the space of just one week.
The unemployment rate hit a new low, debt yields fell to their best rates ever, overall well-being continued to improve, while the EU has revised Portugal’s budget deficit forecast down to just 1.4 percent for 2017.

Finance Minister Mário Centeno was this week in a celebratory mood yet again as Portugal auctioned off over a billion euros in sovereign debt at its lowest yield on record. This was even more satisfactory as it was the very fact that government debt had reached unsustainably high levels which led to Portugal asking the IMF and the EU for a bailout six years ago.
This appears to be partly the result of the move by Standard & Poor’s to upgrade Portugal’s credit rating in September, with Fitch and Moody’s now expected to follow suit, which would inevitably result in Portugal’s sovereign debt yields falling even further.
Portugal’s improving financial situation and status globally, have also seen positive results on a domestic front.
Figures out on Wednesday evening showed that dole queues had shrunk once again during the third quarter of year, dropping 0.3 points to 8.5
percent.
The current employment rate has not been this low since the end of 2008, Portugal Statistics (INE) said, with the outlook remaining positive for the final quarter in terms of job prospects.
Compared with figures from just a year ago, there are currently 105,500 fewer people paying weekly visits to their local job centres having since found employment.
There was also promise for the under-25’s, who have been hardest hit by the economic crisis, with the number of jobless in this age group tumbling by almost 25 percent the past 12 months.
On Thursday morning, while being cautious in attributing any particular policy, the European Commission positively revised its budget deficit forecast for Portugal in 2017 down to 1.4 percent from its previous figure of 1.8 percent.
Overall debt in relation to the GDP is also projected to fall from around 130 percent to 126 percent.
In a public engagement this week in Lisbon on the sidelines of the Lisbon Web Summit, Prime Minister António Costa underlined the country’s growing investment potential. He reminded potential investors that “Portugal is a great place to invest. Bureaucracy has been tamed and is shrinking; there is political and economic stability and the ecosystem is enjoying great prosperity.”